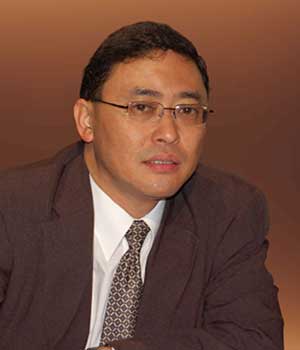 Professional with well-known trajectory in the agricultural field in the country, with prestige in the field of development and technical and financial international cooperation. International consultant with experiences in Latin American, Africa and Asian countries.

Henry Yasuo Moriya Fujikatsu is an Agricultural Engineer by the Universidad Nacional de Asunción (UNA), culminated as the best of his year. He is Master in Agricultural Economics with emphasis on Agribusiness and Finances by the Purdue University – West Lafayette, Indiana, USA and a Major in Environmental Impact Assessment by the UNA. In addition, he did courses and participated in seminars, congresses and workshops related to commodities platforms, Value Chains, value links methodology, sustainable development, business logistics, rural development, land-use zoning, geographic information system, quality management, among others.

He has run conferences and done publications both national and international level. He has also been university teacher at Public and Private educational institutions. He has worked as Technical Advisor in the Planning Direction at the Agriculture and Livestock Ministry (MAG), where he was later designated Vice Minister of Agriculture and took office from 2008 until 2009. During his career, he has gain skills in rural development programs and project formulation, policy-making and programs for institutional capacity building, agribusiness strengthen, feasibility studies for agribusiness projects, strategic and business plans, project cycle of organizations such as World Bank, IDB, GIZ, USAID, KfW, DGRV e ICCO, sustainable agriculture and forestry certification processes, governmental advisory in Value Chain programs, poverty reduction, systemic competitiveness, climate risk analysis, environmental assessment studies, among others.

He was Manager and Advisor in several private companies of the agricultural industry. He was Deputy Director of the USAID “Paraguay Productive Program”, implementing more than 20 agreements of private public partnerships of rural families to Value Chains. He participated in the “First National Communication to the United Nations Framework Convention on Climate Change United in Paraguay”, as a member of the consulting staff. He led the international consulting team for the analysis and improvement of family farming production in the organic cotton chain in the Brazilian semiarid for the Dutch NGO, ICCO. He also worked as Senior Consultant and Advisor on several projects for the World Bank, (Mozambique) IDB (Colombia, Chile), KfW, DGRV, ICCO (Brazil), GIZ (Tajikistan, Perú, Ecuador), JICA, UNDP, FAO, IICA (USA). At present, he is director at A-Fines where he is in charge of the Financial Services Unit, Encompassing Value Chain and private sector development. He is in charge of the project negotiations as liaise between the consulting team and cooperation agencies such as KfW, DGRV, IICA, WB and UNDP. 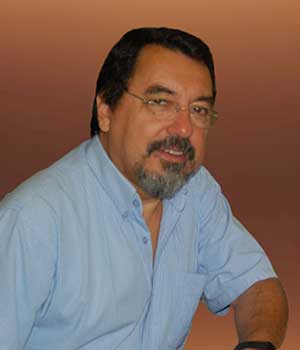 M.Sc. in Agricultural Economics, University of Wyoming, USA. Liaise for the IAF in Paraguay. Professional with well-known trajectory in the development and international cooperation field.

Rubén Buenaventura Rolón Cáceres is an Agricultural Engineer by the Universidad Nacional de Asunción (UNA), Master in Agricultural Economics by the University of Wyoming, USA. He was university teacher at UNA and at the Universidad Católica Nuestra Señora de la Asunción (UCA). During his career, he has worked in activities related to development, both agricultural and community and social aspects. He was Deputy Director of Rural Economic Development and Municipal Service Development for the Peace Corps (American Embassy).

He worked as Technical Advisor at the MAG Technical Office, preparing sectorial reports, planning, monitoring and evaluation of agricultural projects jointed with GTZ, JICA, World Bank and IDB. He was local Agent-Representative for ICCO in Paraguay where he was in charge of coordinating activities for the implementation of objectives of the new programmatic approach of fostering Value Chains, implemented by ICCO in Paraguay.

He acted as local liaise for the Inter American Foundation (IAF) in Paraguay and Uruguay since 2010, where he advised the grantees of the IAF projects in Paraguay and Uruguay. At present, he is Director, Manager and Legal Representative at A-Fines S.R.L., where he is in charge of the elaboration of proposals and budgeting, administrative activities, negotiations with main clients. He has done consulting for FAO, FIDA, Sustainable Food Lab, Fair Trade USA, Actions against hunger (ACH), Christian Canadian Children’s Fund (CCAF). 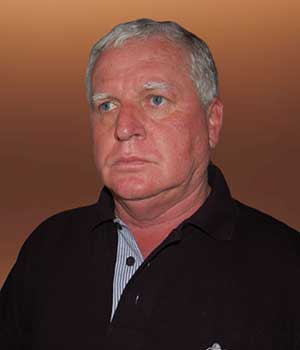 Georg Birbaumer is an Agricultural Engineer, with M.Sc. and Ph.D. in Rural Development and Agricultural Extension by the Universities of Oxford and Reading, England. In his early days he served as a volunteer of the United Nations in Equator and Yemen. He was an expert and supervisor for the Food and Agriculture Organization of the United Nations (FAO) under the Fertilizer and Soil Conservation Programme in Brazil.

Through the years he gained experience in advising government and private institutions of Latin America in rural development emphasized on planning, budgeting, implementation, coordination, monitoring and project evaluation. He accounts for extended Human Resources Training in projects and activities of rural development. He is a specialist in management of rural land development. He has proved theoretical knowledge and experience in conservation agriculture, fertility and soil conservation, design of economic, social and environmental impact evaluation system of rural development processes, social and ecological gap analysis for investment projects, consulting in planning and rural development project evaluation and sustainable management of natural resources in Paraguay, Argentina, Peru, Colombia, Guatemala and Dominican Republic.

He has taught several courses on family farming and rural development both to producers and technical extension officers. He has written 9 books about rural extension, sustainable management of natural resources, conservation agriculture, sustainable production systems and management on rural territorial development. He has worked in assessment and analysis of the status quo, food security and the agriculture in the project “Food and Nutrition Security Cambodia (MUSEFO)” with a special focus on the Province of Kampot and Kampong Thom, Cambodia. Further, the consultant realized in this country identification of soil types, soil fertility as well as defining the soil use capacity of rural settlements in various departments for the “Improved Livelihood and Food Security Project (ILF II)”. For the same project he advised on “Proposals for implementation of adapted agroforestry systems on Selected Social Land Concessions”. Currently, he is an independent consultant and Director at A-Fines. He is managing proper farm in the northern region of Paraguay.